Great plays, great actors – all at a great price!

The Public Theatre’s mission is to create high quality professional theatre that is integral to the lifeblood of our community. We believe theatre is for everyone and strive to create inspiring, entertaining, and inclusive experiences that celebrate our shared humanity. We tell stories that speak from the heart; that are life-affirming and uplifting even when the subject matter is challenging; that invite our audience to see their world in a new way. We are committed to engaging and enriching the communities we serve and inspiring children with our educational programs. Artistic excellence is central to the mission of The Public Theatre.

32 Years of
The Public Theatre

Explore over 30 years of productions. Take a trip down memory lane with never before seen photographs and fun facts from each of our seasons.

1991: The Public Theatre began its first season producing two plays in a borrowed space at the Auburn Mall. Skeptics throughout the state, influenced by their outdated conceptions of Lewiston/Auburn, scoffed at the idea of a professional theatre succeeding in a former mill town.

1992: The Public Theater moved into the historic Ritz movie house in Lewiston. And on Friday, October 9, the theatre opened its production of Moliere’s Scapin! to a sold-out audience.

1993: The Public Theatre signed a contract with Actor’s Equity Association, the union of professional actors, and became one of only five Equity theatres in the state. Equity membership allows The Public Theatre to hire the very best actors across the nation. Actors appearing at the theatre have ranged from regulars on the television show E.R. to accomplished performers from Broadway and feature films.

Today: The Public Theatre is one of the most remarkable success stories in the state of Maine and a cornerstone in the cultural life of Lewiston/Auburn. Each season The Public Theatre produces six to eight productions, playing to an audience of over 17,000 people.

The Public Theatre’s building has long been an institution in Lewiston/Auburn. Originally an automotive garage, it was purchased in 1930 by Le Montagnard, a local social club, who converted the ground floor into a stylish movie house named the Ritz Theater. One of the Ritz’s greatest claims to fame is that Stephen King, Maine’s most successful writer, often attended sci-fi thrillers there as a child, perhaps inspiring his future career.

A search for a permanent home in the Twin Cities lead to the doorstep of the old Ritz Theater. Vacant for nearly eight years, it was in a deteriorated condition, but what followed surprised everyone. Local people, motivated by the desire to help restore a part of their heritage, began donating time and materials to the renovation. After four months of non-stop work, board members and volunteers had transformed the 1940s movie house into a professional theatre.
In 1998, the building went up for sale. Raising over $100,000 in three months, The Public Theatre purchased the Ritz and finally bought itself a permanent home. 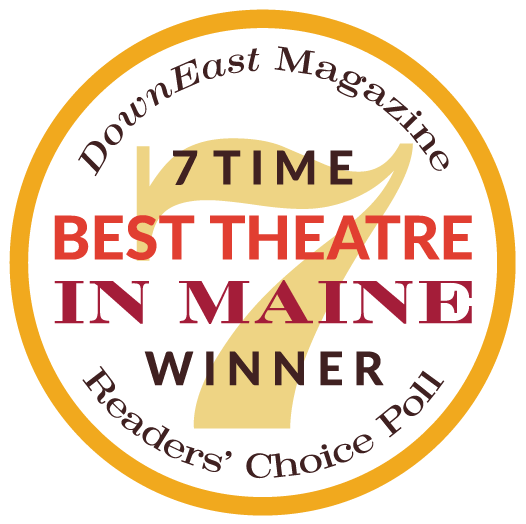